Think before you leap 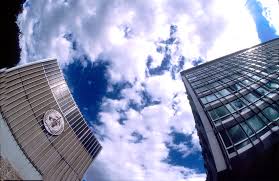 The World Health Organisation took just a little over 48 hours to revoke its appointment of Robert Mugabe as goodwill ambassador, following worldwide public, media and institutional outcry at an appointment which, at so many levels, was so blatantly wrong.

The wrongs of Robert Mugabe is not what I wish to argue here. What I am astounded by is that such an established institution such as WHO, with its army of strategists and planners could make such a rudimentary blunder. This reminds me that too many of us really still don't get the fact that if we are guardians of our organisations' brands, we have the responsibility to protect our organisation against risks which threaten to attack those values and thereafter, our reputation.

I have previously written about CEOs and their mistakes here. Unfortunately, u-turns and apologies will never completely obliterate the original mistake. In the reputation management world, a right never completely erases a wrong. Corporate wrong-doing tends to be remembered, tucked away in the stakeholder memory only to resurface the minute another stumble occurs.

Taking proactive steps to protect a brand and organisation's reputation against risk should be an integral part of the strategic planning process. After all, if no strategic plan is complete without an assessment of financial, operational, security and legal risks, why would the absence of reputation risk assessment be OK?

There are six questions I always invite leadership teams I work with to think about.


Right now, I expect there is a certain amount of panic amongst the WHO leadership team, panic which would have started minutes after Mugabe's appointment was announced and social media went into collective attack. There would a scurry of "whose idea was this?" "why didn't we see this coming?" "what shall we do now?" questions and discussions.

All this could have been avoided if they'd only thought before they leapt.

Popular posts from this blog

Panic and the absence of leadership

February 14, 2018
I often borrow a line commonly used in crime movies when I see yet another leadership organisation fall from grace: "You could have done this the easy way, but you chose to do it the hard way". Oxfam  was a hitherto admired institution, having done impressive work around the world for more than 75 years, respected for its engagement with donors big and small, its courage in working in war- and disaster-torn regions, and its commitment to equality and fairness. The Haiti scandal has rocked it to its core, putting into question its ability to continue its operations, as governments are rethinking funding levels, donors withdrawing sponsorship and customers pulling out of their shops. In other words, it is losing its licence to operate. There are so many lessons that can be learned from brands which fail to protect their culture, vision and reputation. United Airlines CEO's response to the treatment of one of its passengers on a flight, Bell Pottinger's colla
Post a Comment
Read more

November 08, 2018
Tari's LinkedIn post 8 November 2018 Interesting that in this otherwise fascinating article, the word 'authenticity' only came up once. If you're a boss of any sort (politics or business), your first step should be to get in touch with your own authenticity and check how aligned this is with a) the organisation you lead or represent, b) expectations of your stakeholders, and c) the prevailing zeitgeist. Yes, presentation and avoiding-gaffs training can help but better still, get the thinking, the emotions and the behaviours right. The bonus is that you'll feel less nervous about making a gaff when out and about in public because you're not second-guessing what might constitute a gaff. There's a bonus in doing this: you get to lead your organisation better and your staff also get to live a culture of authenticity
Post a Comment
Read more

From change and transformation to sustainability

December 19, 2017
"...only if the lightbulb wants to change..." Like or hate it, Brexit will bring enormous change for businesses through transformed regulation, trade policies, labour laws, new financial management, and many other challenges.  "...while Britain and Europe are negotiating over what happens to European Union citizens who now work in Britain (as well as Britons who work in other European Union countries), no-one is sure how these ralks will go..." ( NYT Sept 18, 2017 ). Many employees' lives will be transformed in deeply personal ways. They may need to move to a different country, they may be working under a different regime or leadership. Their hours of work, pay scales and contractual obligations may change, their reporting lines and accountability shifted, their place of work reorganised. They may need to get used to a new corporate culture.  Sounds familiar? Any change in an organisation needs to be embraced, lived and supported by its most precio
Post a Comment
Read more

Past posts (and a bit about me)